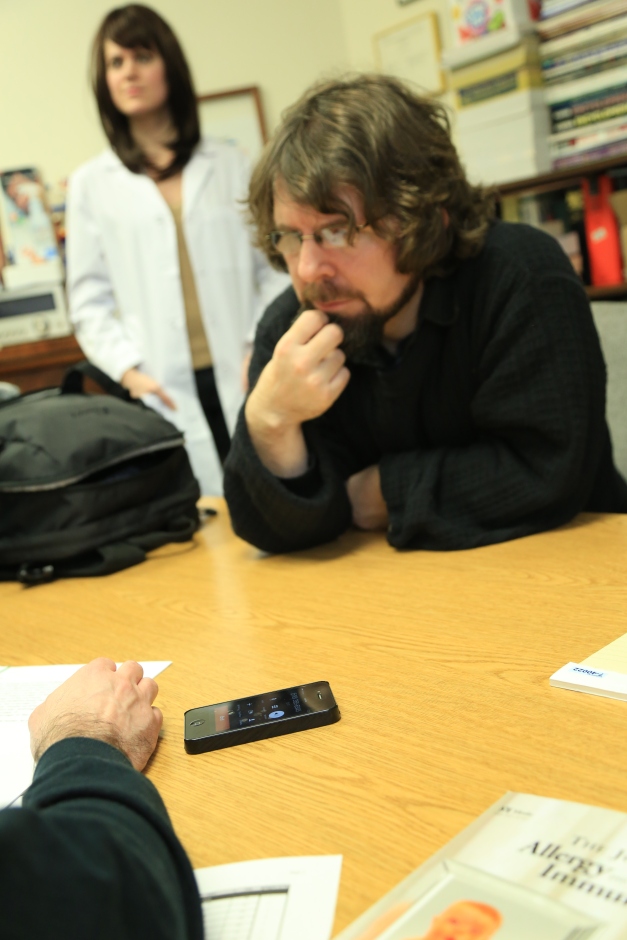 Painkiller director Jeremiah Kipp received the Best Director award at HorrorHound Weekend (March 21-23). He was recognized for his work on the amazing short film The Days God Slept.

The entire Painkiller cast and crew want to congratulate you, Jeremiah! We’re so proud to work with you and we’re thrilled that you’re bringing your talent to Painkiller!

We’re still accepting donations for Painkiller’s production. If you’d like to get on board another project that will highlight Jeremiah’s vision, there’s time to show your support. Please visit https://painkillerfilm.com/please-donate/. Thanks in advance! 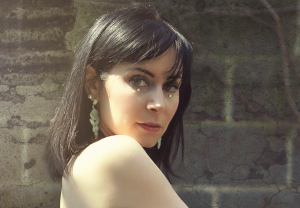 PAINKILLER is now fully cast! We’re incredibly excited to announce that Jill Di Donato is bringing her talent and creativity to the film. We don’t want to reveal too much about her role, but, as one of PAINKILLER’s co-stars, she plays a pivotal part.
Here is her bio!
Jill Di Donato is a writer, columnist, professor, and performer in New York City. Her debut novel Beautiful Garbage (She Writes Press, 2013) about the 1980s downtown New York art scene was featured in VICE Magazine, Galore Magazine, Lipstick & Politics, was a Small Press Pick, and is available on Amazon. In collaboration with Jeremiah Kipp and Lauren Rayner Productions, Jill wrote and produced a book trailer for Beautiful Garbage that premiered at the New York Film Anthology Archives in May 2013. Her writing is concerned with sexuality, gender politics, the complexities of relationships, fashion and art, as well as her preoccupation with the beautiful macabre.
Her film credits include The Days God Slept, Aquelarre, The Gilgo Beach Murders, and she is a frequent collaborator with Codebreaker Productions. She appears on TV and radio as a cultural commentator and is currently working on a collection of essays called 52 Weeks of Sex, inspired by her column at the Huffington Post.
She is a graduate of St. Ann’s School, holds a BA from Barnard College and an MFA from Columbia University.
Learn more about Jill at: 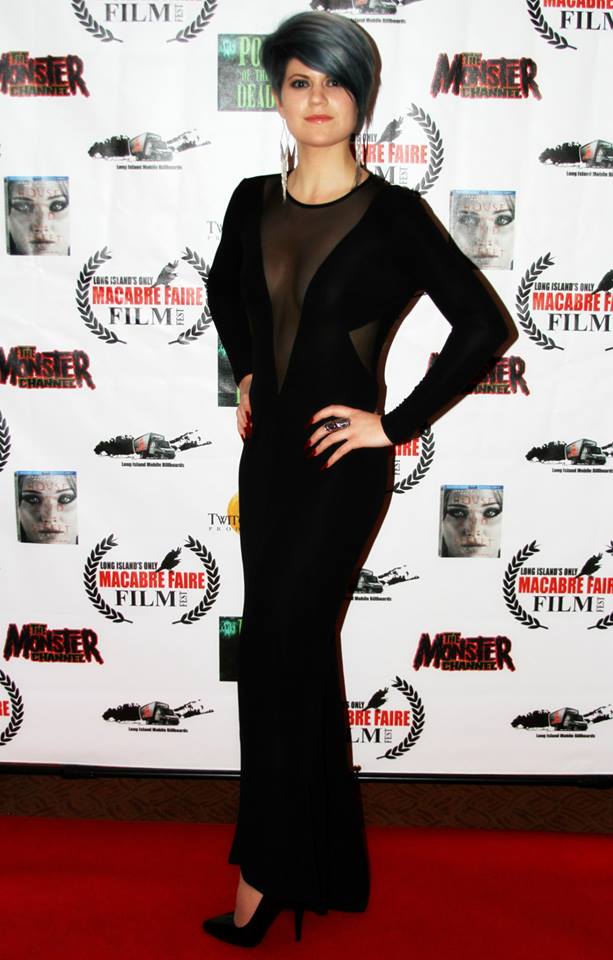 We have a fantastic crew for the film. Now we’re assembling an amazing cast!

We are happy to announce that Kelly Rae LeGault will be playing the female lead in Painkiller. She’s a versatile actress who has performed in several independent horror films (http://www.imdb.com/name/nm5400031/).

Kelly Rae LeGault is an actress and model based out of New York City. Originally from the Midwest, Kelly developed a desire for performing that overshadowed everything else she wanted to do, and started at a very young age. She was appreciative of her small-town upbringing, but wanted something more. Watching Saturday Night Live on her grandmother’s living room floor with her brother and cousins is what made her want to be a performer. She was three years old, and able to recite dialogue from entire sketches (and mimic the voices) to the delight of her family. Despite her shy nature, Kelly found that acting was the one area where she felt the confidence to do whatever was necessary to bring a story to life. That newfound confidence led to numerous roles in her community theatre (Players de Noc, in Escanaba, MI), children’s theatre (Missoula Children’s Theatre, in Missoula, MT), and consecutive featured roles at Gladstone Area High School for her four-year career.

Kelly then decided to pursue Communication and Performance Studies at Northern Michigan University (NMU). During her time at NMU, Kelly fell into her theatre studies immediately, but found out that she was not getting the kind of roles she had before. She was not being considered for the ingenues or featured performers, but for characters and creatures. This led to some roles on the main stage, but more roles on the Black Box Theatre stage — experimental, underground work. Not surprisingly, Kelly thrived in this environment where the extreme characterizations and unconventional stagings could take hold. Her work in the Black Box was the foundation for who she is as a performer today.

Once Kelly’s theatre studies were complete, New York was in her crosshairs. A few years after moving to New York, Kelly finally got her chance to put that training to use. In her work, she is particularly drawn to dark or alternative projects that explore the edgy complexity of women characters (for modeling, macabre editorial). This led to a fateful meeting with film director Jeremiah Kipp and an immediate partnership was formed. Since then, Kelly has become a staple in the independent horror community in the tri-state area. Such projects include seasons 1 and 2 of the “In Fear Of” Web series, short films The Days God Slept and Baggage, and the independent feature film The Gilgo Beach Murders. She’s not afraid to get ugly or weird, and loves embracing unusual characters.

Kelly is proud and excited to expand her horror repertoire by working once again with Action Media Productions, and the team she knows and trusts. 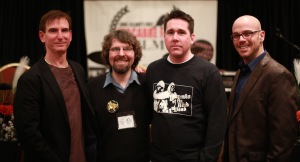 We’re all back from the Macabre Faire Film Festival, and what a fantastic weekend. We should have some news about the project in the coming days, but, for now, here’s a photo of the confirmed crew (from left to right): Jeffrey S. Gould, Jeremiah Kipp, Jerry Janda, and Steve Adams. We all worked together on Rob Dimension’s fantastic short BAGGAGE (a big hit at Macabre!), and we’re getting the band back together for PAINKILLER! We enjoyed a nice dinner out on Saturday night and even began the brainstorming process for the film. Things are shaping up to be excellent already.

Jeremiah, Jeff, and Rob all gave presentations at the festival, and they offered some great insights to the attendees — covering topics such as post-production, getting the best performances from actors, and crowd-funding. Additionally, Rob and Jeremiah hosted two Q&As for BAGGAGE. All very entertaining…and all incredibly educational. A positive experience from start to finish. 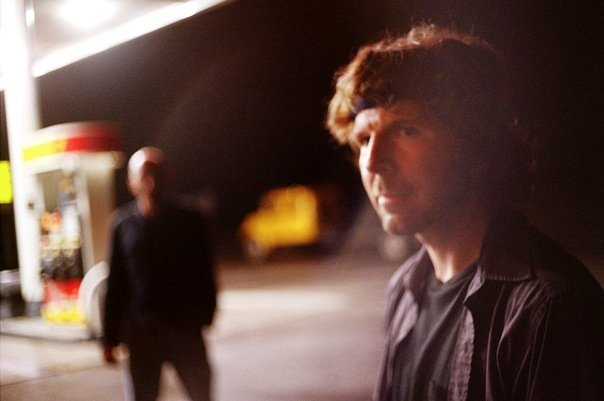 We are absolutely thrilled to announce that Jeremiah Kipp is on board to direct PAINKILLER.

Jeremiah is a New York City-based writer, producer, and director with over ten years experience creating narrative and commercial films. Through his work, he has the proven ability to provide the highest level of visual direction, story development and work with actors.

Learn more about Jeremiah at:

My name is Jerry Janda, and I had the privilege of working on Baggage last year — a fantastic short film that was born from the collaboration of Rob Dimension, Jeremiah Kipp, and Action Media Productions (Jeff Gould and Steve Adams). (Seriously, if you haven’t seen Baggage, do yourself a favor and order it: http://youvebeenrobbedfilms.blogspot.com/p/baggage.html.)

I played a small role, invested a little money, and learned a lot. The experience was so inspirational…

And the result is Painkiller.

I decided to start 2014 by pursuing a lifetime dream: making a movie. (OK, in this case, a short horror film.) I completed the script on New Year’s day (based on an idea I’ve been kicking around for months), and things are already progressing nicely. I’m working out details with a director (whom I hope to name soon), and he and I are in the process of putting together a crew and cast (with one part being played by me).

If all goes according to plan, shooting will take place two weekends in April.